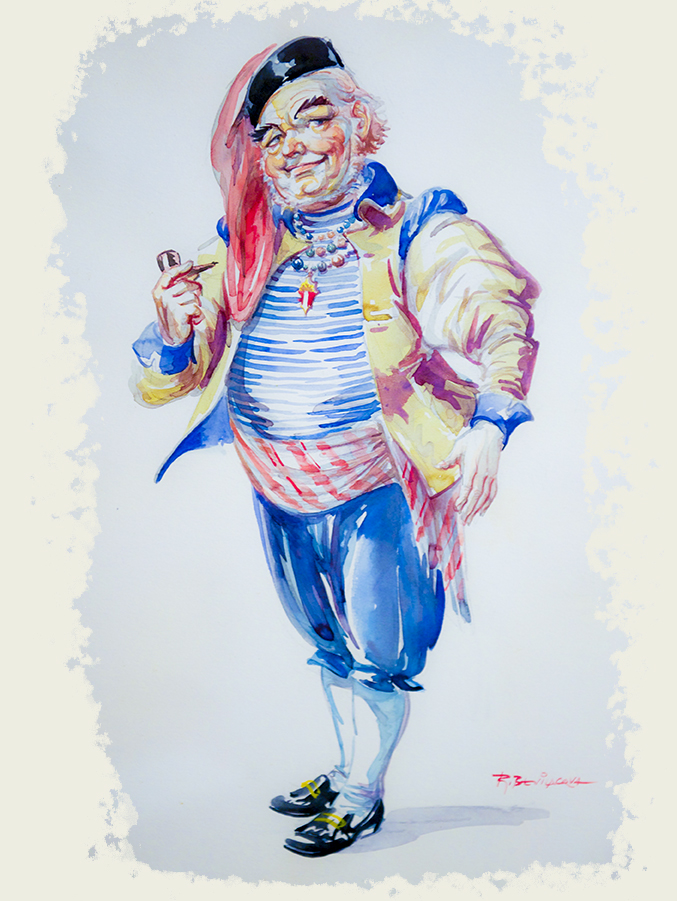 Carnival in the history of Savona

The Savona carnival has ancient roots. Sparkling parties enriched the evenings at the end of the 19th century, although Savona’s memory cannot fail to mention the Shrovetide in 1887, 23 February to be exact, when “a tremendous earthquake shock, first in a jolting sense, then in an undulatory sense, woke the townspeople up with a start, causing the greatest terror”.

It was 6.20 a.m. and many of the people of Savona were preparing to go to work, others were returning home after the big party at the G. Chiabrera Theatre, others had just retired to their homes, others were still dreaming.
In the early years of the twentieth century, the festival in Savona became interesting again. In 1908, among the allegorical floats parading along Corso Principe Amedeo and Via Paleocapa, the float depicting the famous landing of Christopher Columbus won first prize; its creators took home not only an unspeakable satisfaction but also 500 of the old lire and, for a pure-blooded Ligurian, no matter what Riviera he came from, this is no small thing.
We will have to go back to 1926 to see a Carnival worthy of memory; perhaps the development of technology in industry had a hand in its creation. It was in this year that the great transformation took place regarding the loading of the wagons, which had become operational in 1912.

It was no longer the shoulders of the immortal “camalli” that transported the coal from the ship, but a wharf equipped with four powerful grab cranes was installed for the direct mechanical unloading of the coal ships.  This was to be a state-of-the-art facility for many decades, “envied and imitated” by other ports.
It can be said that the Savona Carnival only became history in the 1950s; it was the result of the city’s desire to leave behind the horrors of war and to start living and producing again in all economic fields.

The spark of this longed-for rebirth is identified with the 21st of January 1953; Romeo Bevilacqua, on a prestigious parchment, signs the Act of Birth of his creature; the document is countersigned by Renzo Aiolfi and the Mayor of the time, Andrea Aglietto. On 18th December 1955 Cicciolin officially became an Italian mask and was entrusted by notarial deed to the custody of the Association “A Campanassa”.
The ceremony, filmed on television, was held in the presence of the other Italian masks and the painter Eso Peluzzi: a myth was born.

The mask highlights the merits and faults of its fellow citizens; Bevilacqua claims that “Cicciolin is in his sixties, robust yet handsome. Round face with regular features, framed by a short stubble the color of tow: no moustache, thick, dark eyebrows. A gaze that is often winking. He boasts the cherished claim of a close link with Christopher Columbus.  Educated by clergymen, he was first a potter and then a ceramist. He speaks Savona dialect ”

Cicciolin derives from “cicciollu”: gut, a male anatomical part”, underline Frisoni and Bixio, and Gismondi, along the same lines: “a low word used to indicate the member”, “black pudding and, ironically, Savonese”, add G. B. Nicolò Besio who, among other things, seems to have provided Romeo Bevilacqua with historical and folkloristic indications for the creation of his character.

The Sguerso sisters are very precise in their indications: “cicciollu” is the small intestine of a bovine, filled with congealed blood, collected from the slaughter of cattle, sheep, and pigs, mixed with pieces of the leftovers of lard melted to make lard called – “ciccioli”- in ancient Italian.

In Savona, after the destruction of the port in 1528 by the Genoese, with the consequent cessation of trade and related unemployment and misery, the tripe-makers, to satisfy the dockers, who had a few cents for breakfast, made “cicciolli” from materials usually thrown to the dogs or scattered”.

Out of contempt and to inflict a further humiliation, the Genoese gave to Savonesi the nickname of “Cicciolli”, and, with pride, the “Losers” called themselves “Ciciulè” to underline the intelligent fight against the jokes of Fate and their undisputed art of getting by; from the same etymology the name Cicciolin was born.

And let’s go back to 1953; on this date the Savona traders also gave their concrete contribution to the event, a Committee was elected, whose members were: Renzo Aiolfi, Romeo Bevilacqua, Giovanni Acquaviva and even the great and unforgettable Sandro Pertini.

The Mask was launched for the first time on 24 January 1953, as documented in the newspapers of the time. Cicciolin departed from Finale Marina,” when it arrived in Savona waters, was greeted by a cannon shot followed, at a short interval, by another 20: the Royal Yacht was escorted by two tugboats ….”

The newspapers also mention a folkloristic band, the “Rumpe e Streppa”, accompanying His Majesty Cicciolin. The young Mask touches down to the greeting of the “Campanassa”, the same bell that still dominates from the top of the Brandale Tower and was placed there by the Great Council back in 1933.
Cicciolin “who plays a sailor, leaves his town every year to travel around the world and return home on time on the first Sunday of Carnival”, then, as is customary, he is given the keys to the town and the golden scepter, the symbol of his power during the carnival period.

From 1953 to 1960, with an interruption in 1957, large parades and magnificent floats made Savona proud.  1960 marked the end of the enthusiasm and the golden age of the Savona Carnival.

Back in the 1950s, however, the whole city joyfully participated in the revival of the Carnival.  I would like to mention the “Caffè Euterpe”, which was opened in 1938 and renovated by the grandson of the old Cügèn: Litto. He modernized his grandfather’s tavern in Via Niella, next to the “Ciassa d’u Cillu” (today’s Piazza Giulio II), a relative of Quilian origin, as his nickname suggests, allowing the birth of a group that would be the protagonist of the Savona Carnival in the 1950s.

Among the members of the group, we remember: Federico Prato, known as “Maronetto” with his warm baritone voice, Nino Paschetta, Eugenio Dobougerl, Giuseppe Scarrone, exceptional mandolin players, Mario Volta, a fine violinist, Francesco Maffei, an excellent guitarist.  Shortly afterwards, other elements with maracas, tambourines, bells, etc. were added to enrich the ensemble.
The musicians met at the Euterpe to rehearse and, because of the club’s patrons and their annoyance: “please, stop, you’re really annoying!”, they came up with the name “La Fastidiosa” (The Troublesome) The new band will be entrusted with the task of singing the “Carnival Anthem” on the arrival of King Cicciolin in Piazza Sisto IV back in 1953.