The Association “A Campanassa” is in charge of the history, art, culture, economy and social life of Savona and it has been based in the Brandale Tower since its foundation.
The company was established on May 14, 1924 in order to protect the traditions, customs and dialect of our city.
The idea of establishing this association arose in 1922, when a group of citizens of Savona decided to organize a “provisional committee for the establishment of a society of authentic inhabitant of Savona” in order to fill the void felt within the community.
For this purpose, in September 1922, this Committee met in the Splendid Bar, a cafe in Corso Italia, and founded the “A Campanassa” Association. The members of that Committee were the lawyer Paolo Astengo, Sir. Nicolò Pessano, Sir. Emanuele Canepa, professor Francesco Varaldo, professor Filippo Noberasco, Sir. Amilcare Dupanloup, Sir. Officer Antonio Pessano, Emilio Tixi, Giuseppe Ferro, Sensitto Sguerso and Giovanni Bongio.
After almost two years of preparatory work, the Committee announced the birth of the new association on April 16, 1924 during a meeting held at the headquarters of the “Fratellanza Operaia” in via Pertinace 3/3 (now via Cristoforo Astengo) and it encouraged the gathering of all inhabitants of Savona under the same feeling of love for the city.
During a meeting held on April 24, at the Politeama “Garibaldi” in Corso Mazzini, Paolo Boselli was appointed honorary president of the new association, and the following agenda was approved: 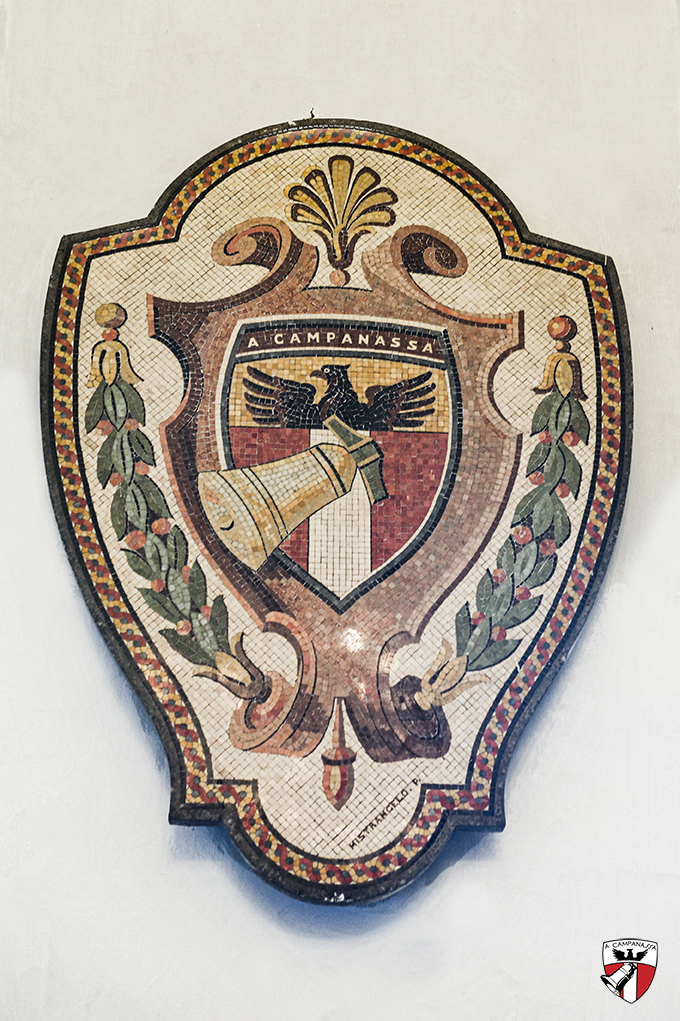 “The natives of Savona,of different ideas and beliefs,but united by the love of their own city,decide to form an Association, named after the old Municipal Tower“A Campanassa”to recall and preserve the historical memories of their ancestors,to cooperate for the good of Savona with unity of purpose, without any partisan spirit.

They send a fraternal greeting to all those from other towns and cities who live in Savonawho have increased and increase the city wealth with their physical efforts and skills”.

The birth of the new company officially took place on May 14, 1924, at the Politeama “Garibaldi”.

In front of a crowded audience the provisional Board of Directors of the Association, which took office on April 29, was presented under the supervision of the lawyer Paolo Astengo. This was then formed by the engineer Flaminio Becchi, Sir. Nicolò Pessano, Sir. Emanuele Canepa, professor Francesco Varaldo, Antonio Cabutto, Marco Ferrari, Giacomo Valente and Agostino Martinengo. During that first historic meeting the association, which since the beginning had never sided with any political ideology, voted and approved the Articles of Associations consisting of 15 articles written by Filippo Noberasco in the Savona dialect.

The proceedings ended with a quote in memory of doctor Ignazio Zunini, regarded as the “spiritual father of the Campanassa”. On June 1, 1924, the first Board of Directors of the association was then elected in the main hall of the Retailers and Consumers Society. This Board of Directors was chaired by Paolo Astengo and flanked by Engineer Flaminio Becchi as vice president; professor Filippo Noberasco, as secretary; and by Sir. Emanuele Canepa, as accountant. It then was formed by Ernesto Astengo, Stefano Bonfiglio, Giovanni Bongio, Giovanni Damonte, Amilcare Dupanloup, Giuseppe Ferro, Giovanni Battista Musso, Giacomo Parodi, Giovanni Battista Tarò and Francesco Varaldo. The poet Giulio Emanuele Minuto composed the hymn for the association to the music of the maestro Carlo Collaretto, while the artist Omero Bertolotto created the design for the association crest. At the time of its establishment, the association was formed by 681 members.

The official settlement of the “A Campanassa” Association in the Palazzo degli Anziani took place on October 11, 1924, with an ordinary but significant ceremony.

The first managers of “A Campanassa” immediately asked the municipal administration to grant them the Brandale Tower and the Palazzo degli Anziani, historical symbols of medieval Savona, as their registered office; and the Municipality accepted this invitation, well understanding that, from this fortunate circumstance, it would be possible to draw inspiration to start those restorations of the Brandale complex which can no longer be postponed. One of the association’s first intentions was therefore to restore the ancient Torre del Brandale to its original splendor. Thanks to the determination and skills of Poggio Poggi, president of “A Campanassa” from 1928 to 1940, and to the public subscriptions that found the favor and consent of the Savonese, in 1933 it was possible to restore the Tower to its original height, bringing it back at the height of m. 49,60, and a new bell was placed on its top, blessed on 11 October 1933.
The painter Eso Peluzzi created a beautiful fresco, on the upper part of the Tower, depicting the apparition of N.S. of Mercy to Botta.
Today the ceramic that dominates the Tower “the Madonna di Misericordia” is by Giacomo Raimondi, born in Savona in 1912. As a young boy he attended art courses in Via Quarda Superiore, he had the sculptor Dario Rebagliati as master of plastic, and as master of drawing the Painter Eso Peluzzi. After the war he resumed working in Albissola la Ceramica.
His activity has ranged from panels to vases, statues, bas-reliefs. 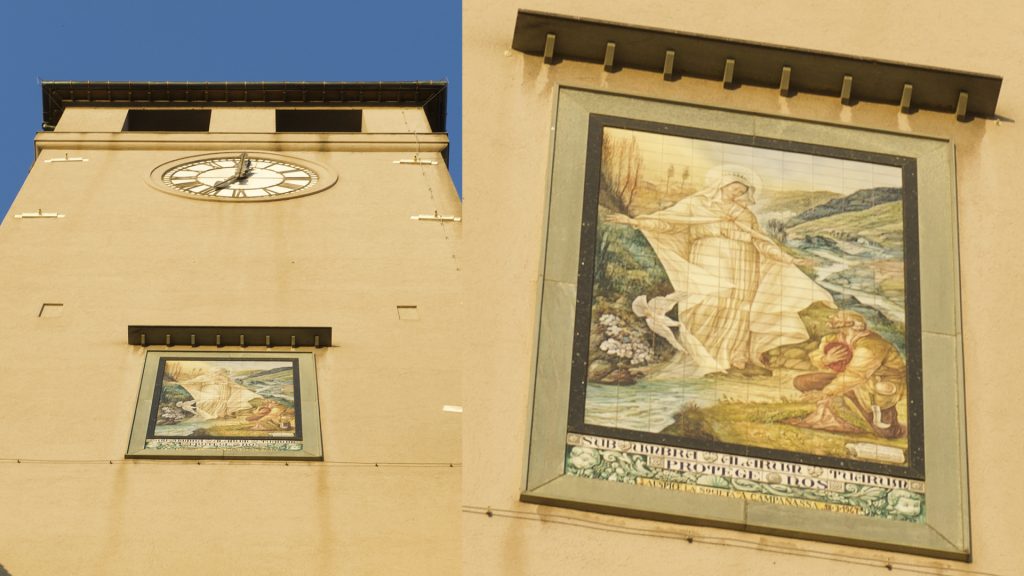 There have been numerous initiatives and activities with which the association has come to light during its 86 years of life. In 1927 he gave life to the “Shepherds’ Competition”, which was followed by the annual “Cribs Competitions” from 1933, in order to renew and perpetuate the ancient tradition of Christmas through the awarding of the best and most artistically valuable preparations; This tradition has been renewed in the last thirty-six years with the “Exhibitions of cribs in ceramic art” in the hall of the Palazzo degli Anziani inaugurated every 13 December. Since 1933, after two centuries of interruption, it has restored the medieval tradition of the “Confuoco” ceremony celebrated on the eve of Christmas with the delivery of artistic ceramic vases to the Mayor of the city of Savona. Between 1929 and 1933 he promoted three “Contests of dialect songs”, then resumed starting from 1955 as “Contests of dialect poetry”, since 1974 entitled to the memory of “Beppin da Cà”, Giuseppe Cava, great Savona dialectal poet of Twentieth century. He oversaw the birth of “Cicciolin”, the Savona dialect mask created by the pencil of the painter Romeo Bevilacqua in 1956 and interpreted since 1983 by Fulvio Lori. After joining the “Italian Union of Regional Families” in 1955, he participated in the foundation of the “Consulta Ligure”, established on November 24, 1973, together with other twin Ligurian associations. Over the years, awards and acclaim have also been obtained for the productions of the Theater Company “A Campanassa” as well as the performances of the “Historical Group” in costume and of the “Musical Group”. Since 1973 the association has launched the “March of the Civic Liberties”, then transformed from 1988 into “Paliu di Burghi”, to commemorate the birth of the free Municipality of Savona on 10 April 1191. And every 12 October it celebrates the annual day by Cristoforo Colombo: both events have been organized together with the Municipal Administration since 2004. Numerous, then, the editorial initiatives promoted and sponsored by “A Campanassa” over the years including the prestigious quarterly periodical as well as the artistic and musical events presented in the rooms of the Palazzo degli Anziani. The association established, together with the “Savona Society of Homeland History”, the Savona section of “Italia Nostra” and the “International Institute of Ligurian Studies”, the “Savona Cultural Council”, created with the aim of responding, in firstly, to the needs of protection, defense and conservation of the historical, artistic, cultural and landscape heritage of the Savona area.

The association has established the “A Campanassa Ringrazia” award which is awarded every year to people, organizations, institutions, strictly from Savona, who have raised the name of Savona in Italy and around the world. 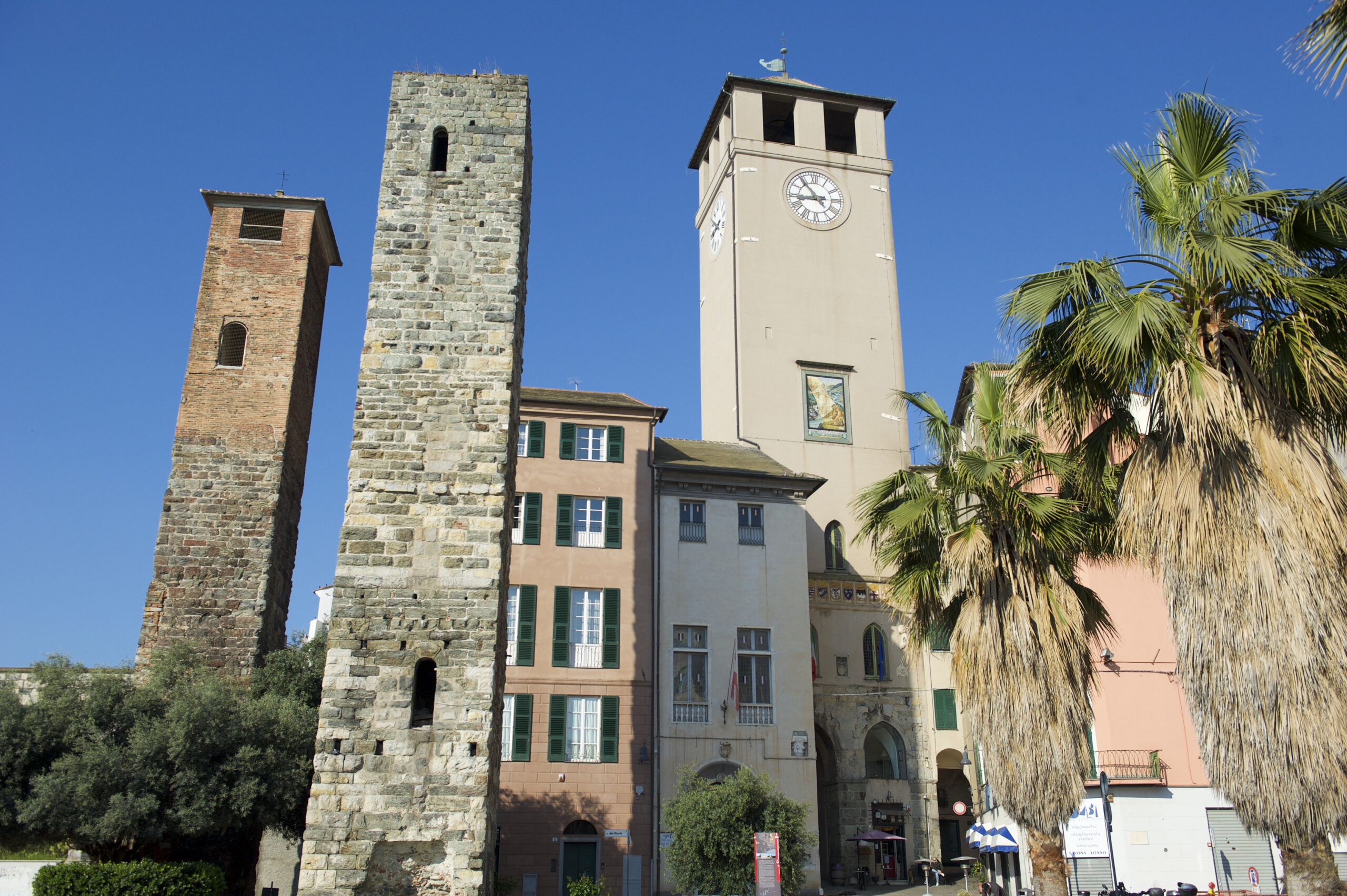