Perhaps not everyone knows the Campanassa is the oldest monument in the city. From the cartulary of Arnaldo Cumano we know that a certain Richelda, in 1178, brings in dowry to her husband, Ansaldo Curlaspedo, 31 lire of which 25 are identified in the sale of her part of the tower.
The Brandale, in fact, is defined in these documents as “Torre Vecchia” (Old Tower), so its origin is certainly to be considered prior to the year 1000.
The Campanassa was in the historic center of the city, on the “chiappinata”, i.e., the road, made of stone “chiappe” or “bàsoli”, which led to our splendid acropolis located where the Priamar Fortress now stands. There, Santa Maria in Castello, the cathedral overlooking the sea, which in the Middle Ages and for centuries to come greeted the ships approaching Savona from on high, was on splendid display.
For several years now, thanks to the passion of some volunteers, members, and councilors of the Association, it has been possible to visit the tower on Saturday mornings ( from March to November)  or by appointment (all the year).
Enthusiastic guides accompany tourists and Savona’s inhabitants to discover the suggestive corners.
The visit opens with a comprehensive view of the exterior, then continues with the atrium, which boasts a lapidary museum; the atrium also contains Renaissance portals in slate found in Via Quarda following the new urbanization of the late 19th and early 20th centuries.

On the first floor there are two other very suggestive rooms: the Hall of Elders where, as the name suggests, the elders gathered to decide on the government of the city, a room located in the Hall of Elders in 1300, and the Hall of Abbot, located inside the tower.
The latter takes its name from the abbot of the people, an emblematic figure of great political value who was able to mediate between the demands of the people and the wishes of the mayor.
In the hall, among the gems on display, we would like to bring to the citizens’ attention the splendid 14th-century frescoes, the coat of arms of Savona with a horse’s head dating back to 1500, the bust of Poggio Poggi, beloved President of the Association, by Renata Cuneo and a splendid cross vault, unique in its kind, which has stimulated the curiosity of researchers, architects, and undergraduates. 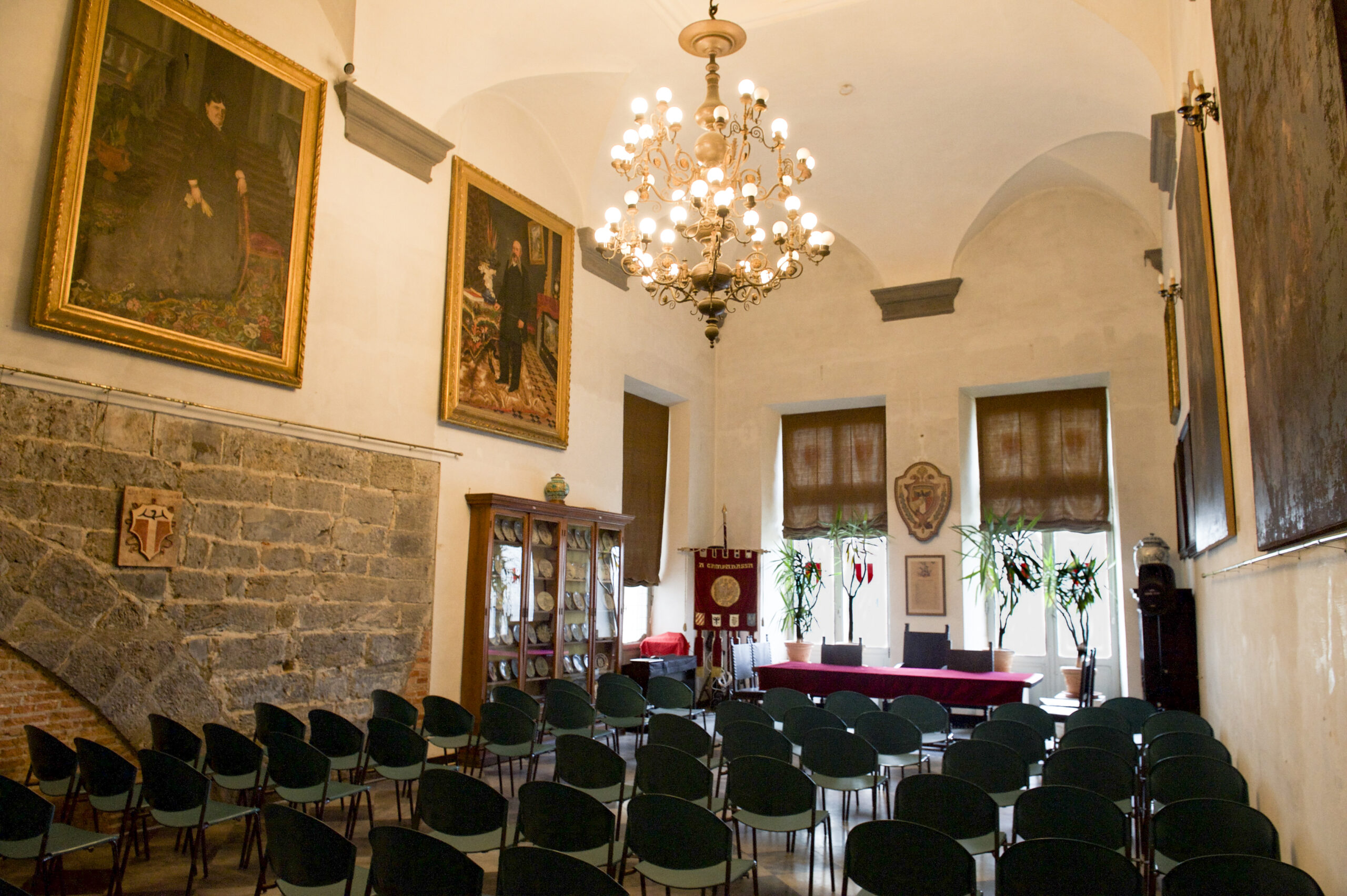 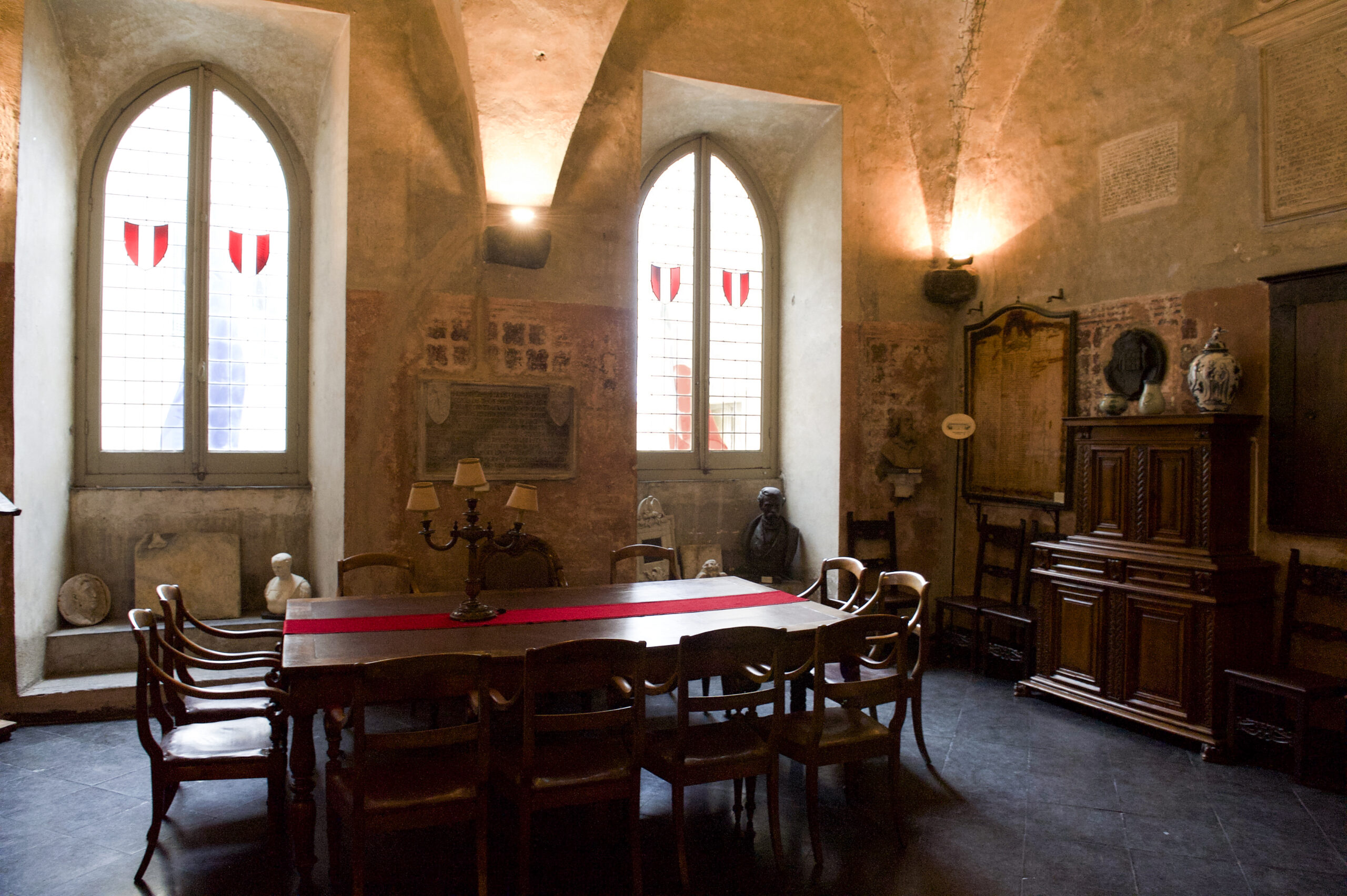 On the second floor we have the Hall of Angiolina, the old library of the bequest Barile which boasts precious sixteenth-century books and, for the curious, the birth certificate of Cicciolin’s mask by Romeo Bevilacqua.
Adjacent to the Angiolina is the Hall of Coats of Arms: a characteristic place where the Historical Group and the Court of Cicciolin find the costumes needed to enhance the many occasions when the Association celebrates: Christopher Columbus Day, the Confuoco, the Free Commune, Carnival and much more.
The stone staircase leads to the Cristoforo Colombo Hall where a wonderful fresco by Luciano Occelli takes us back in time and then, after the last efforts, tourists and Savonesi can enjoy a 360° view of the coast and the city from the belfry. We look forward to seeing you! 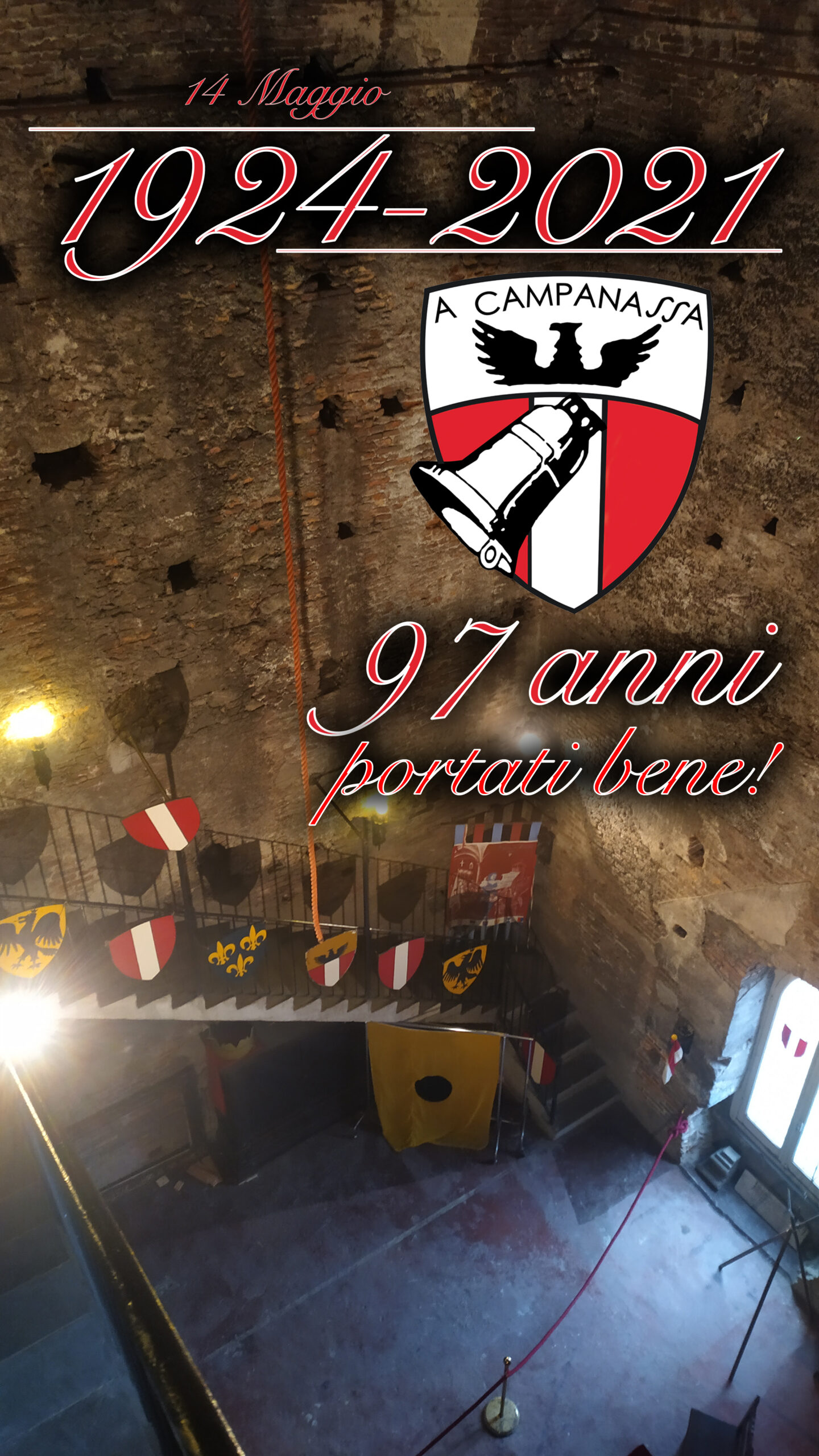 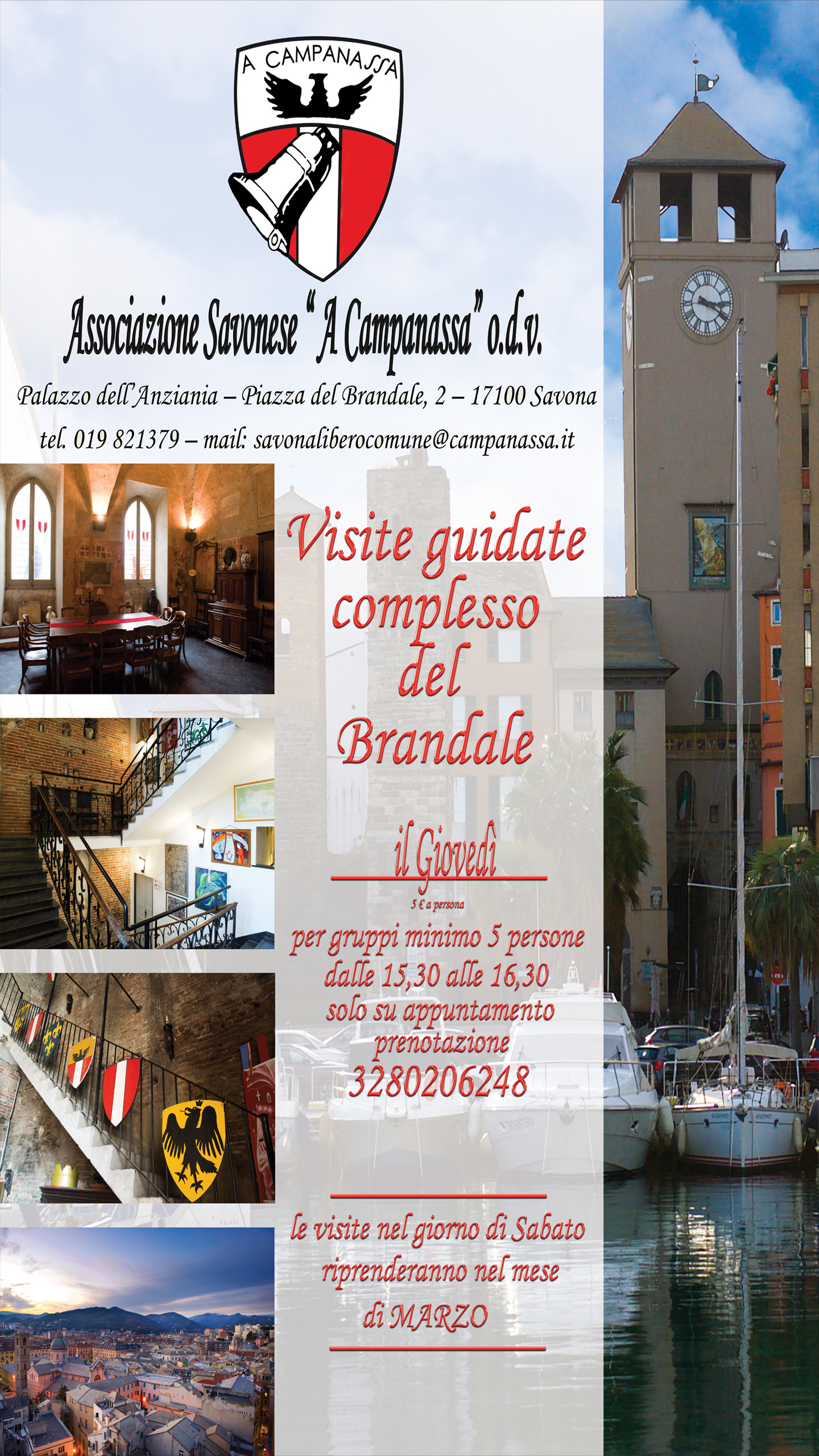